Everards experienced barcode scanner problems during their ‘kegging process’ where reusable metal kegs are filled with beer. Empty kegs have 1D barcode labels applied and are weighed to establish the ‘tare weight’, which varies slightly for each keg. The keg is scanned, and the tare weight of the new keg is recorded in a database. Once filled, the keg is transported down a line to a weighing station. The keg’s label is scanned to identify the keg from a database and then weighed to calculate the exact weight of beer in each keg.

Fairfield Labels, a Cognex ASP (Automation Solutions Provider), was chosen by Everards to develop a new system to identify and weigh the kegs during production. Fairfield designed a system based on Procon software to interface with the Keg Weigher using DataMan fixed-mount image-based barcode readers from Cognex. The system now scans each filled keg’s barcode as it passes on a conveyor to identify its tare weight. The keg is then weighed, and the information is communicated to the software to calculate the exact filled weight of the keg.

Without a making change to the labelling process, the DataMan barcode reader was able to achieve 63% increase in read rates – a huge increase over its laser predecessor. Everards Brewery is delighted with the results. “The DataMan barcode reader provides fantastic read accuracy. It reads codes that we did not expect any reader would be able to read. The amount of data we now collect enables us to continue to comply with the Weights and Measures Act much more comprehensively,” explains Graham Armston, Engineering Team Leader at Everards Brewery.

“Installation and commissioning was carried out around our production schedule to ensure minimal disruption. Overall we are delighted with the DataMan barcode reader and already anticipate other areas of production where it can provide benefit,” concludes Armston.

“The key advantage to the DataMan barcode reader is that it has no moving parts which mean less chance of downtime due to mechanical faults. The advanced algorithms that enable poor quality and damaged codes to be read are fundamental to the success of this application. The barcode reader is also easy to use and set up which means operators can adjust or alter the system themselves without the need for technical assistance,” explains Lee Wragg, Business Development Director of Fairfield Labels. 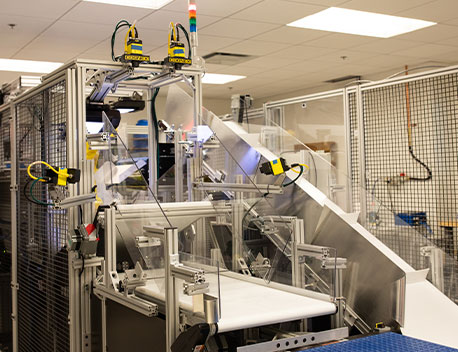 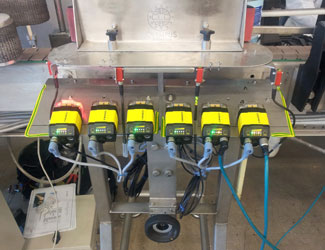