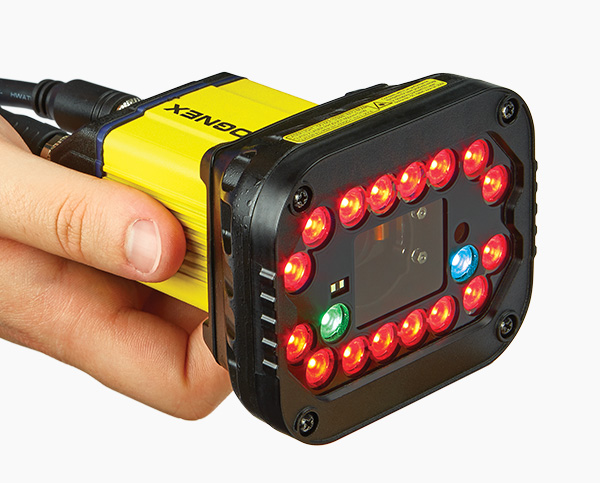 In Europe, consumers understand that their pharmacy either has medication in stock or can get them from a pharmacy wholesaler within a few hours. However, the technical expense behind this is enormous. Thus, STADA Arzneimittel AG, located in Germany, has over 4100 products in its approximately 6000 sq. meter distribution and service center in Florstadt—such as Grippostad, Mobilat or Paracetamol—ready for delivery. Up to 1,000,000 medication packages leave the logistics center every day in up to 11,000 different packages. STADA uses the most modern image-based technology to ensure that all cartons safely reach their destination. A camera portal, implemented by Weber System Technology, reads 1-D barcodes quickly and reliably with the world leading vision software from Cognex.

United in the camera portal

STADA is working with commissioning waves for the highest degree of logistics efficiency. A varying number of cartons, based on order volume, move over the approximately two kilometer long conveyor belt of the distribution and service center. The individual cartons are first assigned to the relevant customer order through a process coined "marriage" or also known as a print & apply application. This occurs after the products pass through the camera portal. The barcode of the incoming cartons is read and linked to the customer order in SAP, and a labeling machine attaches the job code as an additional adhesive ticket for further processing.

The greatest difficulties of logistics are often found with the labels. Labels can be attached wrong, may be damaged, have a defective printed image, or may be missing altogether. STADA had previously used a laser scanner and up to 15 percent of the overall carton count was not able to be read, which lead to additional expense in manual re-processing and could lead to wrong products being shipped. STADA’s demand for quality and efficiency led to a switch from laser to vision technology. Using image-based technology, the number of erroneous reads was reduced to under 4 percent within the shortest period of time—a significant increase in efficiency which reduced costs.

Tested from all sides

The vision portal Weber System Technology created contained five cameras to read the barcodes on the incoming packets. Two cameras inspect the long sides of the cartons on the same level as the conveyor belt; two additional cameras examine the front and back sides in the direction of movement 45 degrees from vertical; and the fifth camera looks down on the top nearly vertically.

Powerful vision technology from Cognex decodes the barcodes and transmits the data to the print & apply machine. The vision system is intelligent enough to ignore non-critical changes in the look of the code and to concentrate on the critical characteristics. Cognex software algorithms are powerful enough to be able to read barcodes that are damaged, highly reflective, and omnidirectional in only 400 milliseconds.

The future can come

The camera portal developed by Weber System Technology with Cognex vision technology offers STADA not only increased efficiency through the significantly improved barcode reading process but also provides them performance feedback if no reads occur. Image-based technology takes pictures of the barcode to read it, so if no reads occur, STADA can go back and review why and quickly alleviate any process errors they may have.