How an Online-Only Grocery Store Streamlined Its Logistics Operations

Ocado is a pioneering British online grocer with a mission to deliver exactly what people want, when they want it, directly to their kitchens. To do that, the company developed sophisticated technology for taking orders online and shipping to people’s homes with speed, efficiency, and accuracy.

Founded 2000, Ocado pulled in revenues of nearly $1.9 Billion USD in 2018. For all of its advances in logistics and ecommerce, however, Ocado relies on technology that has been around for decades: the product barcode. Extracting data from these codes becomes enormously complex when managing more than 50,000 SKUs and shipping more than 1.5 million products every day. Ocado employees pick anywhere from 5,000 to 10,000 products during their shifts.

For a company with this kind of mission and growth, logistics is really a race against the clock.

“Even fractions of a second are a significant win,” says Mark Wilson, divisional general manager at the company. When a logistics operation moves that kind of daily volume, everything that shrinks the time required to accurately pick, sort, and deliver goods pays off.

Customer expectations are increasing exponentially. Same day or next day delivery at low or no cost is the bar every logistics operation needs to meet, according to a recent report by PricewaterhouseCooper on the future of logistics.

Barcodes contain critical data about the product’s size, shape, model, color, cost, and other variables. These codes pose few challenges when products are flat or square. But what if the goods are round or triangular? Further, some codes lie beneath a sheet of cellophane while others are crinkled or twisted at strange angles. Conveyor belts and other machinery can damage a barcode. Poorly attached barcodes also gum up the works.

“Some are very easy to read and scan particularly well — and some are very difficult,” Wilson says. All these data variables (shape, size, location) must be unified to generate fast, consistent throughput.

Otherwise, customers get products they didn’t order, or they order products they don’t get, he says. Either way, botched barcodes pose a persistent threat to Ocado’s brand mission.

Good barcodes, though, are only one-half of the product-identification equation. The other half is the scanner, which must accurately read all the data packed into the code and be able to actually read damaged or partially covered codes in order to increase read rates.

Ocado’s pickers often had to try to flatten crinkled product packaging to get a barcode to scan. Sometimes they had to create whole new barcodes for products. These issues created delays that were poisonous to a business built on speed and efficiency.

That’s why they turned to Cognex’s DataMan scanners, which use state-of-the art digital imaging technology and patented algorithms such as PowerGrid to ensure fast, accurate barcode scans.

Cognex designed its DataMan scanners to eliminate the complications faced by companies like Ocado to produce consistent results no matter how twisted, garbled or mangled a barcode may be.

“When scanning a wrinkled barcode with a DataMan scanner, what’s really happened is it’s become a good barcode — because it’s exactly the same whether you scan a good one or a bad one,” Wilson says. “All of the barcodes can be read almost instantaneously. We very rarely see pickers fishing for barcodes.”

After deploying DataMan scanners, the company found its staff could pick close to a 1,000 items in an hour. That is nearly twice what they could previously pick in an hour before the DataMan scanners. Varieties in scan time have been reduced, enabling consistency that speeds operations from the moment an order arrives to the moment it lands in a delivery tote.

“Ultimately, since using the Cognex scanners, we've seen a significant uplift in our throughput and capacity,” Wilson says. “That means the customer gets his order on time.”

Ocado has experienced tremendous growth over the past decade. In 2019 the company announced a new office in the United States near Washington, D.C. It’s also partnering with U.S. and Canadian retailers, such as Kroger in the U.S. and Sobey’s in Canada, to provide logistics automation technology to enable more efficient fulfillment centers.

Learn how your logistics operation can increase its barcode read rates by downloading the free whitepaper, 99.9% Read Rates. 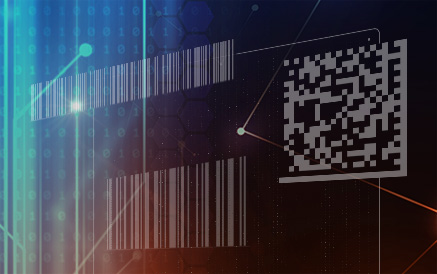 Why I Care About Revolutionizing the 1-D Barcode Reader Market 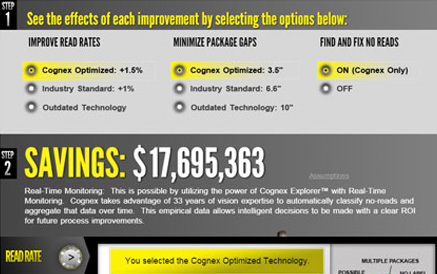