From the first barcode scanner, derived from a movie sound system, to today’s mobile computers, barcode readers have evolved dramatically over the years. Early barcodes were developed for the grocery industry, to manage inventory, but it took a long time for barcode reading technology to catch up to the need. While the original barcode was conceived in the late 1940s, it wasn’t until 1974 that the first item marked with a universal product code (UPC) was scanned at a grocery store.

One of the earliest barcode readers was derived from an old DeForest movie sound system, whose photosensitive tube converted the light variations it detected into numbers rather than the sound of Cary Grant’s voice.

In the early 1960s, railways experimented with a system that used colored strips on railcars to encode a 10-digit number that was decoded by an arrangement of colored lights and intensity-detecting sensors. This system did not succeed commercially, but was later developed into one that used the light cast by the newly developed laser to decode a black and white barcode. The easily moved laser would pass over the code repeatedly while decoding giving us the origin of the term “barcode scanner”.

The dominance of laser scanners

In general, a barcode scanner has three essential parts: a light source, a sensor that detects the variations in the light reflected from the barcode, and a decoder that converts those variations into data that can be used by a point-of-sale system or enterprise resource planning (ERP) software.

While it was understood that barcodes could contain more data, for a long time the technology available to scan them meant that barcodes were limited to those familiar one-dimensional (1D) linear arrangements of thick and thin black lines. 1D barcodes can be regarded as a sort of optical Morse code, with narrow and wide lines instead of dots and dashes. They were generally read by laser scanners, which used electronically controlled mirrors or prisms to sweep the laser beam horizontally across the black lines. Laser scanners can be stationary or handheld and are still widely used. Some handheld laser scanners are called “RF guns” or “RF scanners”, which refers, not to the way they scan, but to the way they communicate the data they generate—by a radio frequency signal. 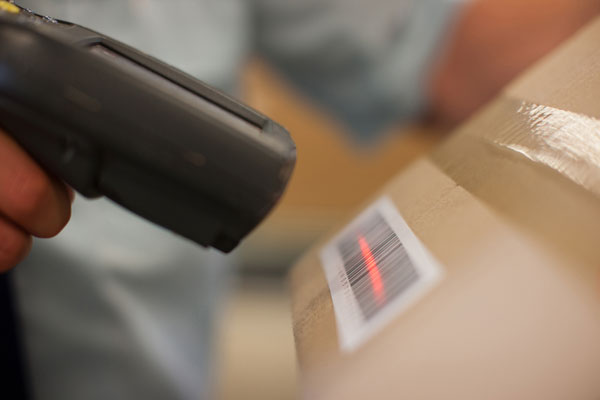 By the 1970s, fixed raster scanners used lasers and a combination of mirrors to create 2D patterns that could read 1D barcodes from any angle. These are still common in grocery store checkouts.

The introduction of CCDs and 2D codes

In the 1990s, charge-coupled device (CCD) scanners used a single row of photocells on a chip to function as a 1D camera. They were cheaper than laser scanners and competed with them successfully in the market. However, this technology became more important when, by the 2000s, cheaper and more capable chips allowed for two-dimensional (2D) arrays, and thus the ability to read 2D codes. 2D codes can hold a much larger amount of information in a smaller area than 1D barcodes. But, the 2D fixed raster scanners could only read limited types of 2D codes.

The need for image-based barcode readers

Industries such as healthcare, logistics, and retail rely on the information density of 2D codes, which now drive the barcode reader market and the need for 2D imagers or image-based barcode readers. A wide range of high-resolution CCD and complementary metal-oxide semiconductor (CMOS) cameras with sophisticated embedded processors, both fixed-mount and handheld, have transformed logistics and supply chain management.

Image-based barcode readers of all kinds record an image and run image processing algorithms to detect 1D and 2D barcodes. They can also read 2D codes that are direct part marked (DPM) on medical devices, automotive parts, and other durable goods via dot peen or laser etching.

Capturing and storing images of barcodes as they are read means that “no-reads” or “misreads” can be analyzed after the fact. Reviewing these images can help identify the cause, whether a clogged print head, missed label, or poor lighting. This ability to gather performance feedback for process improvement is a significant benefit of moving to image-based technology.

Today, virtually everyone carries both a high-resolution camera and a sophisticated computer in their pocket: the smartphone. Using smartphones as barcode readers offer several advantages. The user requires minimal, if any, training since they are already familiar with the interface, users typically upgrade their smartphones every year or two, and smartphones can be used almost anywhere from the shop floor to the warehouse. Sales, field service, and other departments can also produce and use barcode scanning data, increasing its utility and value. 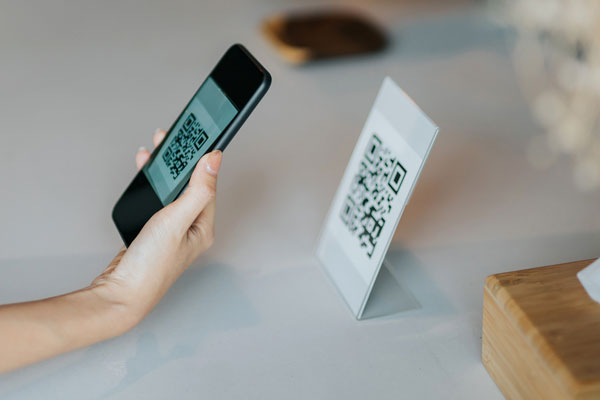 Fragile smartphones can be reinforced by modular mobile terminals to protect them and increase their scanning range in fast-paced and harsh industrial environments. Cross-platform environments can support both iOS and Android devices.

The evolution of barcode reading technology will continue

A range of new technologies are also transforming barcode reading. The introduction of high dynamic range (HDR) technology is improving image quality, high-speed liquid lenses are enabling increased depth of field, and a single reader with multiple image sensors is improving the location and reading of barcodes in various locations.