Why Cognex Acquired SUALAB: Deep Learning Expertise in the Heart of Asia

As more and more manufacturers recognize the upside of factory automation, a subset of artificial intelligence technologies have become a critical aspect of that automation journey. Some inspections, such as complex defect detection, that are currently done with rule-based machine vision or manually are more easily solved for using deep learning inspection approaches.

Deep learning relies on an example-based approach, wherein a system is trained to recognize acceptable or unacceptable inspection images from a library of reference data. This trend is only going to accelerate for factories in the years ahead.

In October, Cognex announced the acquisition of SUALAB,Cognex a Korean-based developer of industrial vision software. Since its founding in 2013 by Song Kiyoung, SUALAB’s mission has been to focus on offering its customers the best software, tools, and expertise for deep learning-based vision inspection for manufacturing and factory automation.

Both companies recognized that there was an exceptional cultural fit with respect to the technology, engineering talent, and ability to become the trusted partner for not only the growing Asian manufacturing segment but global manufacturing.

Founded in 2013, SUALAB specializes in the use of deep learning technology to automate cosmetic optical inspections targeted toward the manual inspection market. 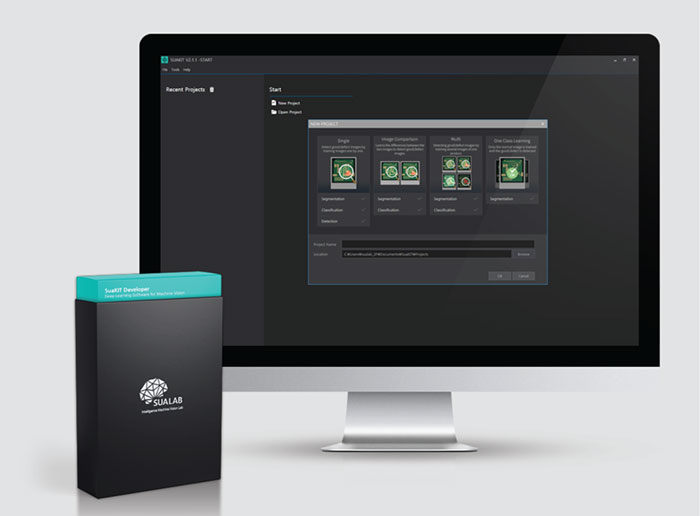 The company’s technology allows customers to locate, identify, and classify unpredictable defects on assembled products which, until now, could only be done by large teams of human visual inspectors.

“That’s a very delicate problem to solve in manufacturing for a whole host of reasons,” says Reto Wyss, Senior Director of Artificial Intelligence Technology at Cognex.  “Manual inspection is a real pain point for manufacturers. It’s tedious and costly and most existing approaches are not very reliable.”

As the founder of Swiss-based ViDi Systems, which Cognex acquired in 2017, Wyss leads development of Cognex’s existing line of deep learning-based vision software, VisionPro ViDi. SUALAB’s SuaKIT product offers similar technology to VisionPro ViDi, but there are some differences, which is what excites Wyss.

“By taking the best of both SuaKIT and ViDi we’ll have a combination that offers unparallel inspection capabilities for manufacturers,” he says. “We’ll be able to help customers solve their inspection challenges more easily than ever.”

In addition to its world class technology, SUALAB has built an exceptional engineering team. The team’s deep knowledge of industrial factory automation, artificial intelligence for manufacturing, and aesthetic inspection processes adds up to an unbelievable combination, says Wyss.

“We’re competing for deep learning engineering talent and that expertise can be hard to come by in the current labor market because it’s a relatively new domain expertise,” says Wyss.

That talent is going to be strategically important as deep learning inspection technology gains momentum in the Asian manufacturing market.

The Heart of Manufacturing

“Many Asian manufacturing companies are very innovative and forward-thinking,” says Wyss. “And they have to be in such a competitive market. That makes them much more open to the use of newer inspection approaches like deep learning.”

SUALAB is headquartered right in the heart of this growth in Seoul, South Korea, which gives the company unique insight into the booming Asian manufacturing market. It’s just one reason why the likes of Samsung and LG have trusted SUALAB with some of their most challenging industrial inspection applications.

As deep learning inspections become a more common aspect of factory automation strategies in Asian manufacturing and elsewhere throughout the globe, the combined expertise of Cognex and SUALAB promises to become the trusted deep learning partner for manufacturers.

Learn more about Cognex’s acquisition of SUALAB in the press release.