In the Spring of 2016, Lee Sedol, one of the very best Go players in the world, squared off with a competitor that would not only beat him soundly in the five-game match, but would ultimately push Sedol to play some of the best Go of his career.

Go is an ancient Chinese abstract war game whose complexity dwarfs that of even Chess. There are more potential board configurations than atoms in the universe and most in the Go community thought it might be a decade or more before a computer was able to grasp those decision-making complexities in order to be competitive with the best human players.

Unfortunately, as Lee Sedol learned, computers can very much play the game of Go and play it at a very high level. So high, in fact, that Sedol recently announced his retirement from competitive play insisting that AI is “an entity that cannot be defeated.”

AlphaGo learned to play the game of Go through deep learning. First, the computer system was fed game data to learn the basic moves, rules, and strategy and then using deep learning algorithms it trained itself on actual game play data. AlphaGo was powered by two neural networks: a “policy network” to select the next move to play and a “value network” to predict the winner of the game from each position.

As it plays, AlphaGo’s neural network is tuned and updated to predict moves, as well as the eventual winner of the games. In each iteration, the performance of the system improves by a small amount, and the quality of the self-play games increases, leading to more and more accurate neural networks and ever stronger versions of AlphaGo.

Sedol is comparable to other great sportsmen -- as good at what he does as Roger Federer is at tennis, or Tiger Woods at golf, or LeBron James at basketball. And yet, one way of interpreting his now infamous match against AlphaGo was that he lost badly to a much superior AI-based opponent. But that imagines things through the prism of man vs. machine. Another way of interpreting the match is through two key moves, one played by each opponent, that suggest artificial intelligence is not here to replace humans but rather that humans augmented by tools such as deep learning and neural networks are the future of industrial automation.

During Game 2, at move 37 AlphaGo played an unexpected move, what’s called a “shoulder hit” on the upper right side of the board. The move was so unusual within typical game play that it caused Sedol to walk out of the game to compose himself for 15 minutes. Commentators called the move “beautiful”, “a very strange move”, and possibly “a mistake”. But those commentators couldn’t process what the computer could – that the move was a one-in-10,000 chance allowing it to ultimately win the game.

In Game 4, at move 87, much the same thing happened again, but this time it was Lee Sedol who flummoxed the computer with a move that has since been dubbed “Hand of God”. AlphaGo was effectively stumped because it could not account for such a move – one it had calculated a human being able to play one-in-10,000 times. Lee later said that it was the computer’s unexpected move in Game 2 which allowed him to see the board better and which led him to play his own unexpected move.

As Christopher Moyer notes in The Atlantic: “The important thing to take away from this series is not that DeepMind’s AI can learn to conquer Go, but that by extension it can learn to conquer anything easier than Go—which amounts to a lot of things. The ways in which we might apply these revolutionary advances in machine learning—in machines’ ability to mimic human creativity and intuition—are virtually endless.”

Deep Learning in the Factory

The technology underpinning AlphaGo’s triumph over a human competitor isn’t some far flung vision of the future. It’s very much the reality of today. There are, of course, numerous inspection applications based on deep learning and neural networks for factory automation across industries such as automotive, consumer electronics, and life sciences. The ability to recognize part defects or anomalies is a perfect application for deep learning in a factory.

And, much like how AlphaGo used new data streams to improve its performance, so too can factory automation teams leverage deep learning and continuous data streams to improve part inspections, final check assembly, defect detection, and other key factory applications. Humans training and working with AI systems to help them perform better is the next evolution of machine vision in manufacturing.

Deep learning, as evidenced by AlphaGo, combines human creativity and decision-making with the 24/7/365 reliability and scalability of a computer system. It’s a tool to help humans work more efficiently, but at its best it can push humans to become better at what they do than they previously thought possible.

To learn how deep learning can be leveraged for solving complex manufacturing inspections download our free ebook, Machine Vision vs Deep Learning. 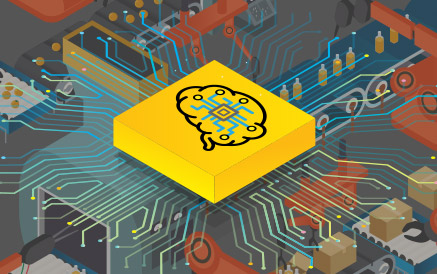 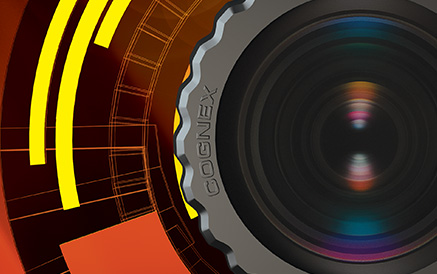 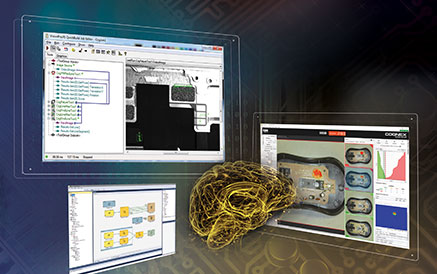 The Industry's Leading Vision Software, Now Available on Your Terms